Bluenose Squadron has provided safe boating education to the people of western Nova Scotia for more than four decades.    In the early years there were actually two squadrons operating in this part of Nova Scotia i.e. Fundy Squadron, which was primarily operating in the Annapolis Valley, and Bluenose Squadron which was primarily concerned with the South Shore area.  At some point these two squadrons merged to become Bluenose Squadron.  Note the following photo of the original warrant which was issued in 1976. When the Bluenose and Fundy Squadrons merged in the 1992 a new warrant was issued. See below.

Marcel Simard was the Commander of Fundy Squadron when Fundy surrendered its warrant in the mid 1990’s. Marcel says “The squadron surrendered its warrant when I became the sole officer on the Bridge after the financial officer moved away from the area. The financial officer and I were the last two Bridge members and after a year we could not get a third. When I took over as commander the squadron owed national a fair amount of money which we were able to pay off after a very successful GPS seminar held at Acadia but we were not able to run any courses despite the marketing at the time. There might had been some interest in Digby but we could not find a local instructor and I was not willing to drive to and from my place near Windsor for 3 hour class after my workday in the Navy.” 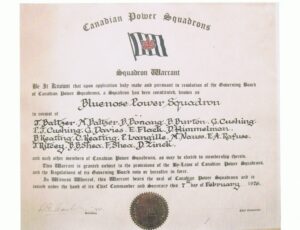 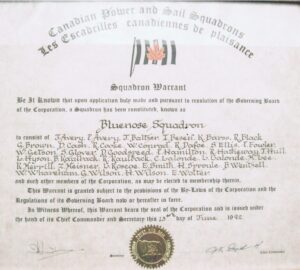 This page is a first attempt to provide a little history for Bluenose Squadron.  It will be further expanded as time and resources permit.  If you were involved with either Fundy or Bluenose Squadrons in the past and wish to impart further historical information to add to this page please contact Jim Peerless, the keeper of this microsite at ss-bluenose@cps-ecp.org.      Thank you.

The original Bluenose Schooner was launched 100 years ago in March 2021! 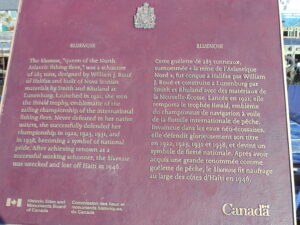 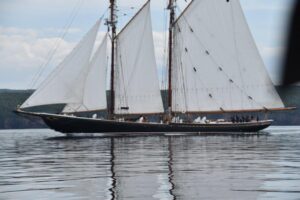