In the winter of 1960 - 61 there were 11 students from Brantford that were taking Boating courses in Port Dover. These students decided to form the Brant Power Squadron. A meeting was arranged with District Commander Earl Buckly and Brantford residents Les Beatty, Bill Noakes, Bill Currie and Harvey Moore. On the 25th of April, 1961 Brant Power Squadron came into being. Twenty eight more members joined that year. 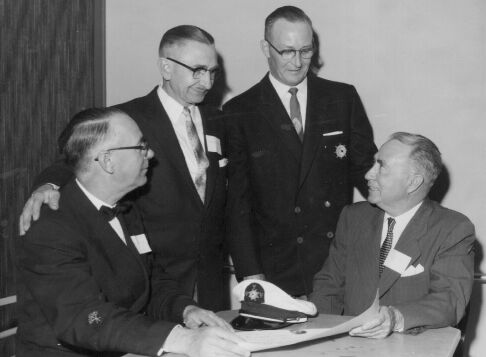 FIRST RENDEZVOUS was held on Sunday June 18, 1961 at Booth's Marina with 14 members, wives and friends and included 12 boats. In July of the same year 12 boats gathered on the Grand River and on September 17th a rendezvous at Turkey Point included 49 adults and 16 children to celebrate the end of the boating season.

FIRST GRADUATION was on June 15, 1962 at the Polish Hall (dinner and Ronnie King's Orchestra included) $3.00 per person. 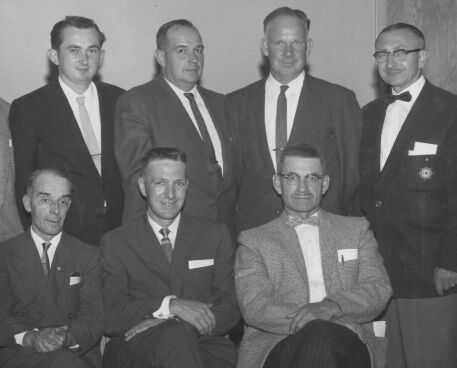 In 1966 Harvey Moore became the Commander of Niagara District.

In 1992 the Brant PENNANT was approved by National.